From Classic Boats to Exquisite Birds...


Show season is seriously underway. Two days to Tavares, Florida, three days of show and two days home. When we get home, it turns out, we really weren't gone for very long. But, the whirlwind of travel, of seeing faces that we know well, but only from this distant show, of seeing faces that we know from almost everywhere that we travel to, of meeting new faces and of spending time with friends and family who are in this distant place, make it seem like we've been away for ages.

It's been about eighteen years since we started this annual journey to Lake Dora where the Sunnyland Chapter of The Antique & Classic Boat Society hold one of the great shows among antique and classic boat shows. It's a given that we will be there next year; “first space to the right of the entrance”.

The drive is as intense as the show, considering that we spend more time in the car than we do in our booth. Route 95, although perhaps a bit faster, doesn't interest us as much as taking those roads that have mom & pop motels, local eateries, farms, houses, and reveal local cultures and industries.

You can't really see anything from Route 95 and with a good map, and especially with GPS, it's hard to get lost anymore. For the most part, these are also 60 mph roads and I don't think that they cost us anything in terms of time.

Just as we see familiar faces at the show, there are familiar landmarks along the roads; architecturally interesting old houses and buildings, towns that still hold their character, and because we are on the cusp of Spring, places where the season is much further along or farther behind.


As I've said before, this is where we find the great Barbecue and Seafood restaurants that we like so much.


This year, we may as well not have gotten out of the car. We arrived home late on Tuesday night. Friday morning (tomorrow) we leave for Chincoteague, Virginia. It's the Easter show down there, with a totally different set of familiar faces. We've known them for a lot of years, as well. The ratio of drive time to show time is a bit different. Two hours of driving (each way) and two days of show: Friday and Saturday.

The Chincoteague Easter Show is not about boats; it's about birds (although there are a few of us that make model boats too). Some of the best carvers in the country come to this show. There are also other types of artists who are truly outstanding in what they do. We're looking forward to spending time with Mary Lou Troutman, Ed Kuhn, Bill Veasey, Shannon Dimmig, Don and Donna Drew, Grover Cantwell, Russ Fish, Bill Hickson, Rocky Detwiler, Donnie Thornton,Bill Cowen, Denise Bennett, Joan Devaney, Nancy Richards West and many, many more great people. I definitely recommend this show and you have to know that it's pretty special for us to look forward to it after the intense trip to Florida. Here is the show website: http://www.chincoteaguedecoyshow.com/
Actually, the Chincoteague Easter show is about the arts and like an ACBS show is centered around boats, so is this show centered around birds. It's really worth the trip from wherever you are. It will be good to have a couple of weeks without travel before our next show: The Bay Bridge Boat Show. That will be another story... At least this year, we don't have to drive to New York on Easter Sunday to put a large half-hull on the wall like we did last year.


See you at the Show!

Our 2013 show season is about to start in a big way. We are off to Tavares, Florida for the Annual Lake Dora Antique & Classic Boat Show. It's one of the biggest in the country. It runs March 22nd-24th, 2013. For more information go to http://acbs-sunnyland.org. All of the images in this story come from the Lake Dora Show. Click on any of them to get a better view. 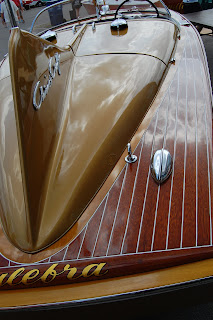 This show features antique & classic boats (see the article listed to the right for more about what they are), sea-planes, Amphicars, Jersey Skiffs and other raceboats, as well as a variety of vendors. People come from from all over the US and Canada to be there. The boats are always special. Among the vendors are The Rope Locker, Bigshipsalvage.com, Bar Craft Boat Bars, and many, many others too numerous to describe here. It's worth seeing for yourself.

This is the first in a series of three antique & classic boat shows that we have done yearly for nearly 20 years each. Those are Lake Dora, Florida in March, St. Michaels, Maryland in June (the largest antique & classic boat festival in the Mid-Atlantic and a personal favorite) and Clayton, New York in August (home of the Antique & Classic Boat Society).
. 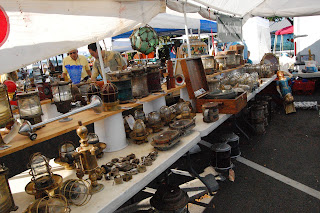 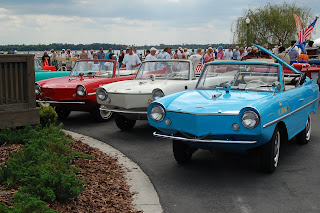 Since most of our models involve carving wood, we get invited to many Carving/Decoy/Art shows. In fact, as soon as we leave Lake Dora, we'll be headed to the Easter Decoy Festival in Chincoteague, Virginia on Friday and Saturday, March 29thand 30th. We will also be at the Havre De Grace Decoy and Wildlife Art Festival in Havre De Grace, Maryland May 3rd– 5th. In November, we'll be at the world famous Waterfowl Festival in Easton, Maryland.

We've written some stories in the past about some of these shows with lots of photos on this blog, so you might want to take a look back. For our current show
schedule go to http://intothings.com/shows00.html 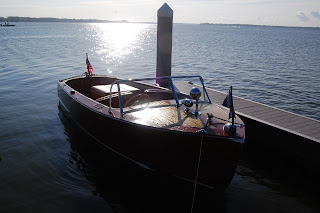 It's probable that we will be adding other shows and book signings throughout the year, so put the address in your favorites and check it for new additions.